TV audio streaming: how to get audio & video synched?

TV Audio Streaming - How to get audio & video synchronized?

For quite a while I am trying to connect wireless speakers (active speakers with Arylic Up2Stream Mini integrated), to a television set. This seems simple, but appears to have a lot of challenges.

This is my idea about the configuration concept: 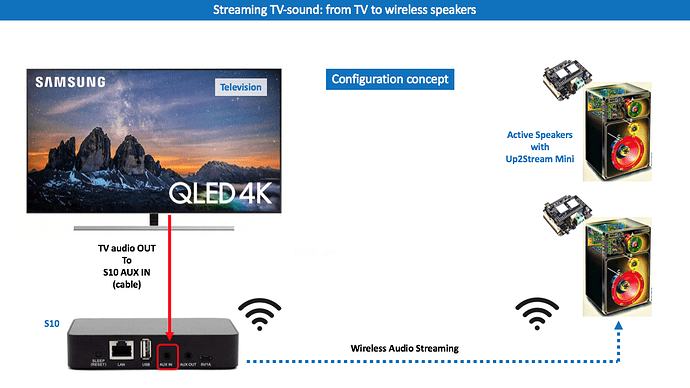 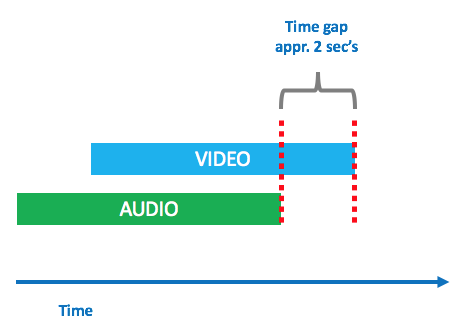 Watching a movie or talk show with this delay is really horrible.

Consideration
Obviously, it is not a surprise that in this setup, audio ‘travels’ slower than video. I am aware of these reasons:

Does the TV have Bluetooth? Could you maybe connect the speakers directly rather than streaming through the S10?

I don’t have a solution for this, but I have also thought about building a tv audio system with arylic components. Maybe these considerations will help you.

The AUX input seems to me still practicable, but as soon as you group additional devices, the delay of the sound becomes unacceptable. because I use the devices so far exclusively for listening to music, I can live with these limitations. However, I have also noticed that especially the Bluetooth connection has an enormous delay.

That it is technically possible to synchronize sound and picture can be seen, for example, at Sonos. The cheapest set there is the Sonos Ray soundbar together with two ikea bookshelf speakers. The price is not cheap, especially if you want to add a subwoofer. A remote control is also only available from ikea in combination with their home automation gateway. Exactly such limitations have persuaded me to switch to arylic.

Last thought: my 2021 Samsung The Frame does support delay correction, but only when using HDMI ARC/eARC. Maybe this can be utilized with an HDMI ARC audio extractor instead of the normal line out. Such devices are available around 15$, but if this really works properly I can’t say.

I ever heard of some SONY TV which support to configure video frame delay, and which could compensate the audio delay caused by multiroom.

Thank you all for responding!

@Steve1 - The TV does not have bluetooth. But if it would, I still prefer to use WiFi for TV-to-Speaker connectivity. Bluetooth has too much limitations for my setup.

@Marcelch - I am not aware that grouping of Arylic devices creates additional delay. But adding a S10 to the TV is the only way I know to get a TV in the Arylic streaming eco system. (Although, also look at my new idea at point 3 @Zpl1025 (here under).
You are right, Sonos shows that it is possible to have audio streaming in-synch with the video image.

Thnx for the suggestion of Sony TV’s and video frame delay!

Another idea
Looking at Sony TV’s I found that some of them support AirPlay 2, also for audio. So theoretically, it should be possible to connect my active speakers with Up2Stream Mini, to such Sony TV. If this works without delay in the audio, I don’t know.

Does anyone have experience with connecting TV’s with Arylic products and the effect on audio/video synching?

Hi @KolfMAKER ,
Your post does an excellent job of explaining this issue. Thanks for sharing. I posted a similar question but not well explained.

I have looked at a few of my TV’s and have not been able to get any of them to advance the audio (delay video). They seem to only want to delay audio, which doesn’t help here.

I have two thoughts, though I have not explored this yet.

The delay came from the buffering of audio data for sync playing to avoid cracking. While grouped with multiroom playback, the input audio data will be sent to the WIFI module, the WIFI module will then buffer the input and then send to slave devices, and then will try to send the audio data out to the baseboard at the same time. A picture is more than words

And this delay would be 2 or 3 seconds. So, the optical input of S50 won’t help for this issue.

@fluffy-bubble - Thnx for responding and thinking along for creative ideas!

@zpl1025 - Also thanks, especially for explanation and drawing. That makes things clear.

So I understand now that, independent from which connector on Arylic hardware being used, there will always be buffering causing the delays.

I am so glad I came across this thread. This explained a lot! When I first set up my home theatre the audio and video were in sync. Today I watched a streamed movie and the audio was delayed considerably. I could not figure out what changed. I tried rebooting everything in the link with no avail.

Then I remembered after reading this that I had all my other linked streamers off when I initially set up the home theatre and today I turned one back on. It is grouped with the master in the home theatre setup. This automatically caused the delay in audio. As soon as I powered off the slave streamer the audio synced back again!

So when watching a movie I will have to either power off the slave streamers or disconnect them from the group.

Thanks @Wilbour for sharing your experience.

In this contained setup the S50 Pro + is essentially just a pass through and my Audio and Video are in sync.

If I introduce another Arylic media device, I have an SW10 and S30 for example, and group the units together, a 2 second delay is introduced into the Master, the S50 Pro+, in order to compensate for a delay on the Slave devices. This creates a virtual harmonious sound throughout the house, but forces the Audio/Video sync issue on my TV.

In my setup I’m fortunate that I can watch a movie and turn off the slave devices or just un group them. It’s not very likely that I need to hear a movie in another room.

If for some reason I wish to have music’s playing on the slave devices while I watch a movie then the only solution is to ungroup the slave devices from the master and allow them to be their own masters, independent of the S50 Pro+ in my family room.

I just now re-verified this.

So if I understand correctly, your TV’s sound is hardwired to your amplifier, right?
And you speakers are also hardwired to the Amp, right?

Exactly! All my home theater audio is wired from the TV to the Speakers.

When sending the audio from one Arylic device to another for synchronized audio, the master introduces a 2 second delay to compensate for the slave/satellite Arylic devices to “catch up”. The moment I group another device my master device delays the audio, regardless if the audio from the TV to Speakers is itself wired. The passthrough Opti in to Opti out of my S50 Pro+ has no delay when it is not connected to another Arylic device.

Your illustration above will work flawlessly if you only wish to hear audio. Unfortunately the moment you ask your S10 to Stream the Audio Wirelessly you introduce a 2 second delay.

The only way to overcome your situation is to take the audio out of your S10 and wire it directly to your active speakers.

Sorry that the delay compensation built into the Arylic devices causes you to rethink your applications.

Arylic introduce a new device with HDMI ARC. This can be another way to get the audio from your TV.

I don’t think that this will resolve the problem of delay with grouped devices. 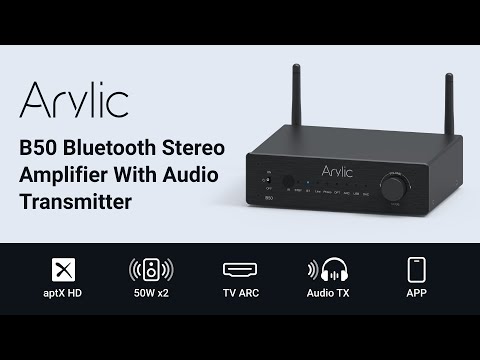 Thanks @Marcelch for keeping thinking about this issue.

You are right, the delay will not be solved with this. The B50 by the way is a very nice product. In my set up I need streaming via WiFi.

From contacts on another forum, I found discussion that AirPlay 2 seems not to have this problem, also not when 2 speakers are grouped for a stereo set. So I am trying to find more info and learnings about that.

Update
Still digging and reading information about this topic, I found some more relevant information.

Obviously, what is needed is a kind of ‘controller’ that can manage the video/audio synchronization. For wireless sound and TV’s there are two technologies:

With both technologies there is control over the synchronization between video on the TV screen and audio coming from the wireless speakers.
I have seen someone using the Apple TV 4K box together with AirPlay compatible speakers. He mentioned that the Apple TV box in this case handles the synchronization, and can even play stereo to a set of wireless stereo speakers, without delay.
This could be an interesting option for me to use in my speaker projects.

My question:
There are a lot of TV’s that have AirPlay2 ‘on-board’. But what I would like to know, do they have the capability (like the Apple TV 4K box) to control the synchronization between video on the TV screen and audio coming from the wireless speakers (so no delay)?