The object of this project was to create a waterproof streaming box that could survive the harsh environment of a building site. 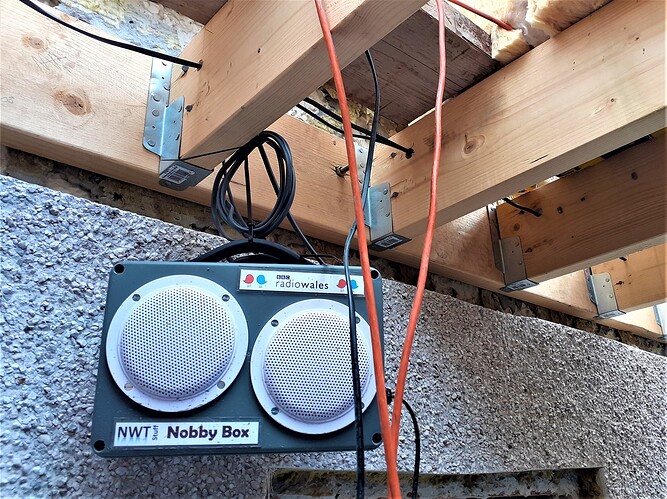 A very simple design with not very many parts. I bought an IP66 Rated Control Box and a waterproof handle. I selected very reasonably priced (25GBP) IP66 Speakers from Herdio to go with the Arylic UP2Stream AMP 2.0. 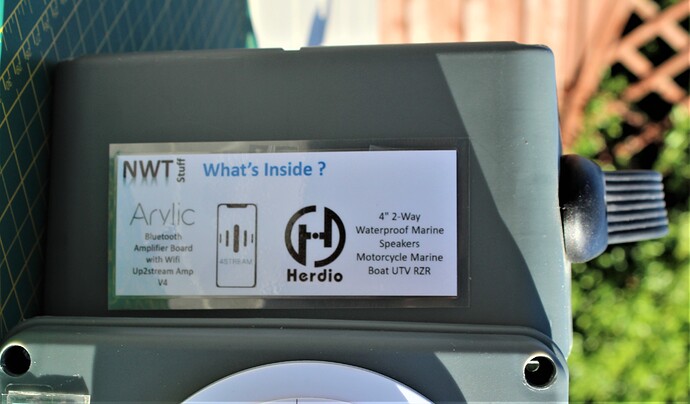 The Assembly was very straightforward. The Herdio speakers were supplied with cables which clipped on the speaker terminals. For Version 1 used an old 12V Power Supply wired to a standard UK 3 Pin Plug. It’s important also to use a waterproof gland here to maintain the IP66 Rating of the box. 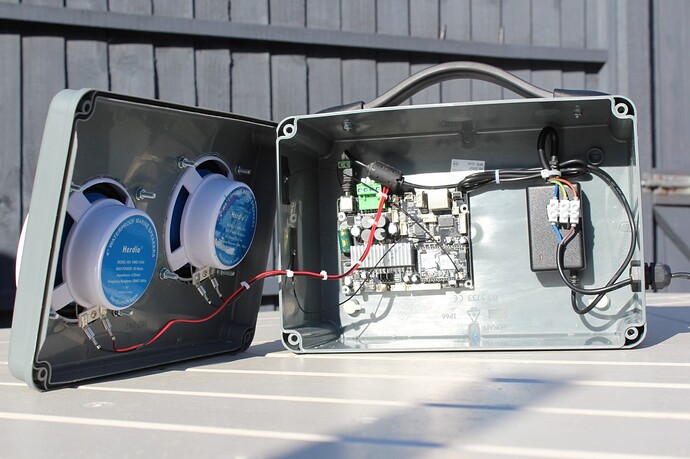 Version 2 is already in the pipeline. The plan is to add a 12VDC Power Pack that can be recharged by mains or solar power. Also we would like to add a remote control mainly for Volume & Presets. 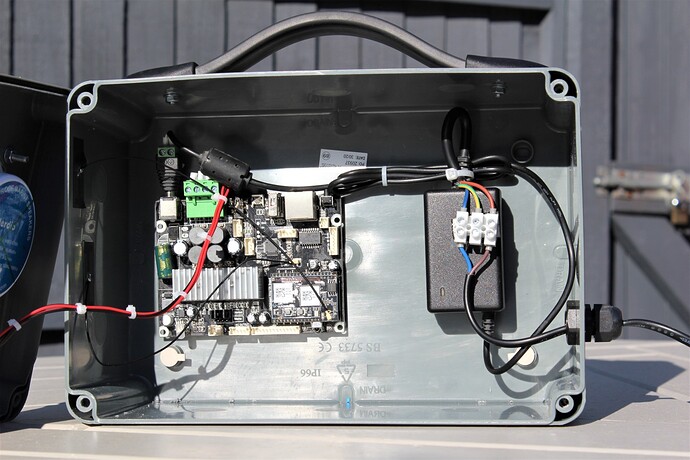 While I did it as a bit of fun it has been running all day and everyday for the last 4 weeks. On top of that it sounds very good and is more than powerful enough to annoy the neighbours. It was meant to be a 1 off but I now have 2 people that want one

Upgrade 1. I have replaced the 12VDC Power Supply with a 9800mAh Battery Pack 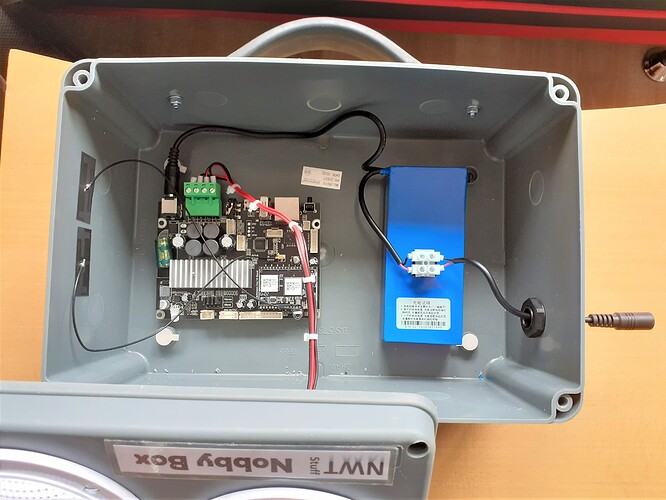 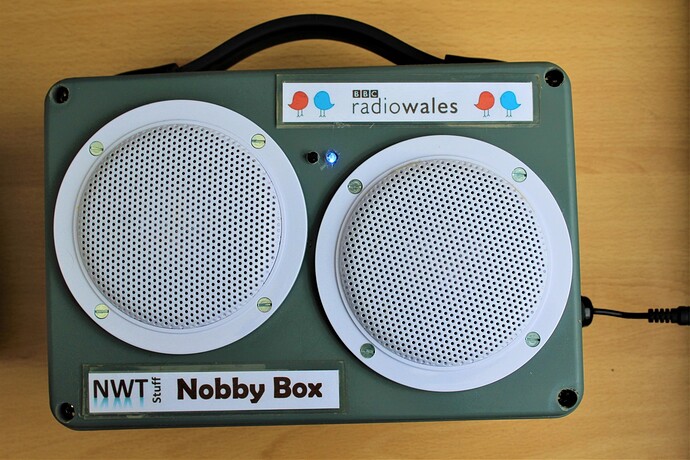 Here is the electrical drawing for this operation

And Finally The Internal Wiring:- 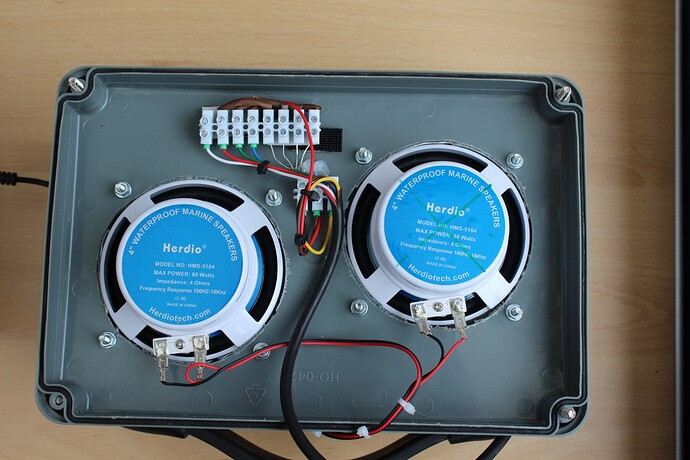 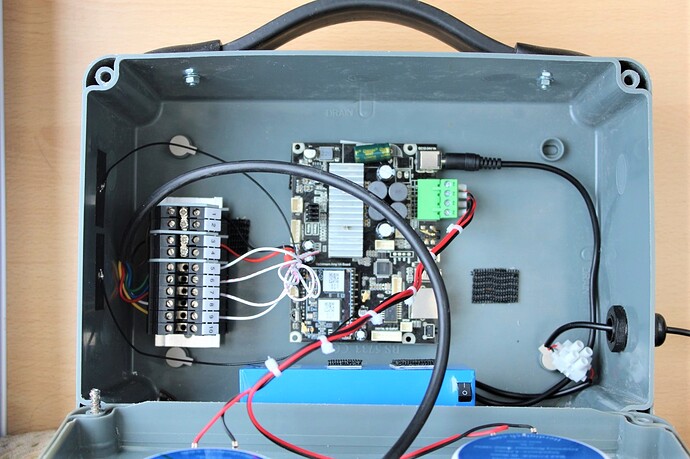