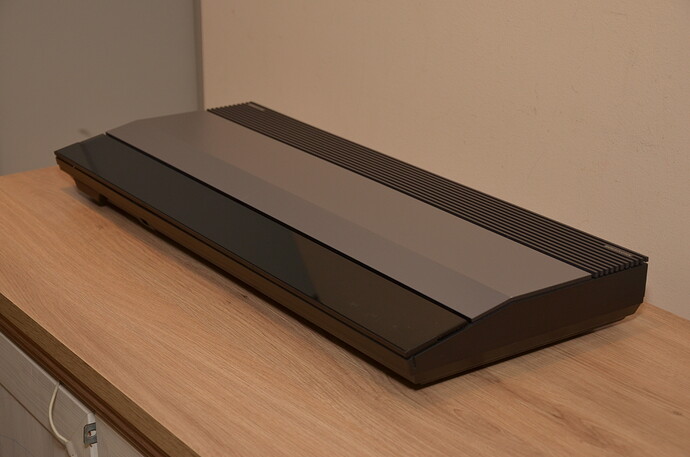 I want to share my newest DIY audio project based on the Arylic components.

This time during some cleanup in the attic I found my old Bang & Olufsen Beomaster 3500 receiver with totally dead microcontroller and broken touch glass panel. Despite my true love for this brand and its products, the reconstruction of this one was totally groundless. But having some experience with Arylic boards I got the itch to rebuilt it into network player, saving as many from the original form as possible and matching the rest of the remaining 3500 series setup (i.e. CD player). Moreover – it was to fulfill my desire and policy to reuse components acquired from electro-waste. 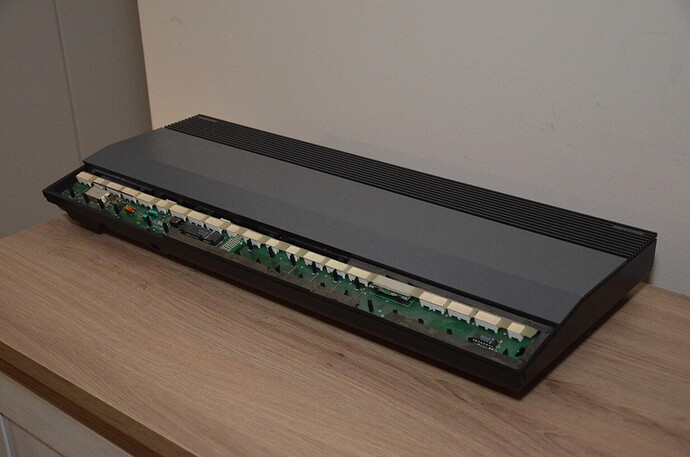 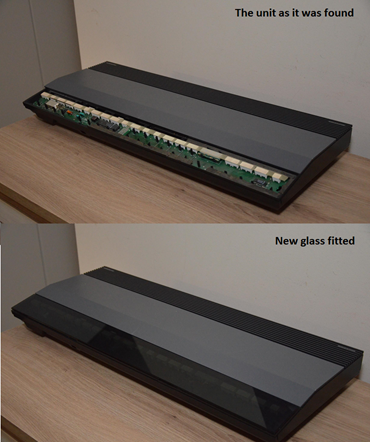 Except some details like original DIN sockets, all the internals of the Beomaster was removed. The natural choose for this project was Up2Stream AMP 2.0 version + remote. The role of power supply plays the industrial PSU providing +12V and +24V/250W disassembled from decommissioned analytical equipment (fits in the chassis perfectly!). Broken glass panel was replaced with semi-translucent piece ordered in a local glazier. All mentioned were fitted into the chassis and ready for the extras. 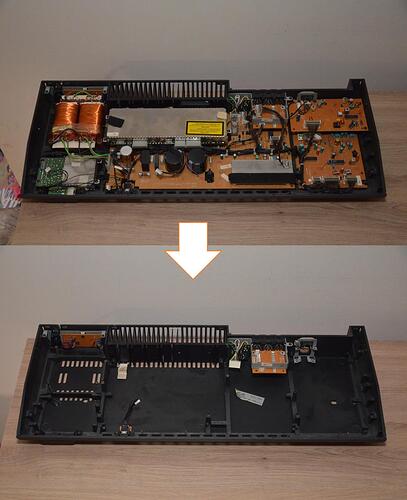 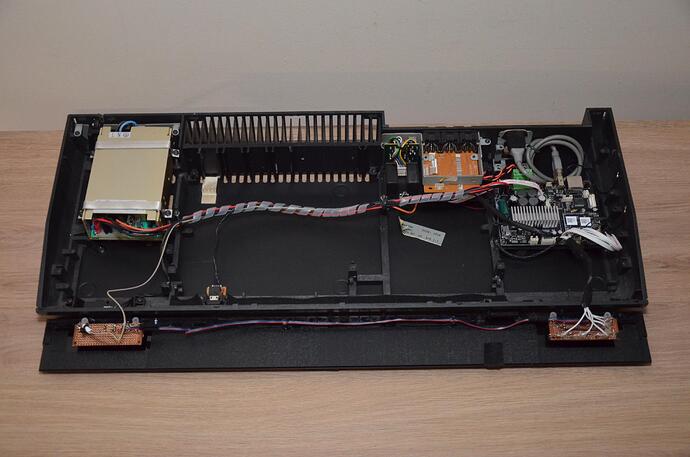 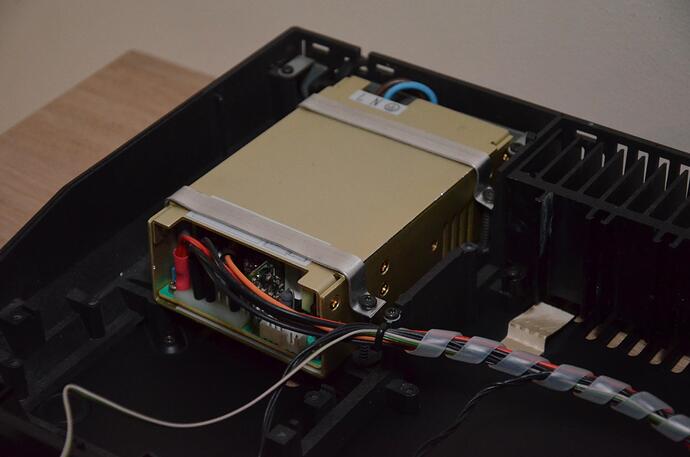 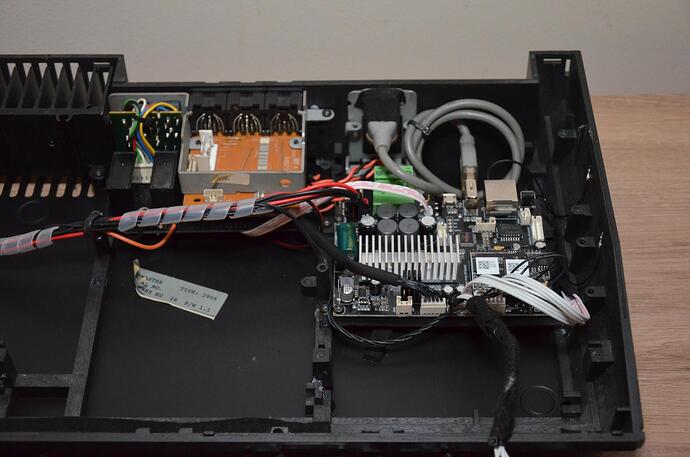 Originally, Beomaster 3500 provides 2 pairs of speaker output, so the proper toggle switch based on double relay was fitted. It not only switches between A or B speaker set. In position B gives the power on signal to original B&O PowerLink sockets to drive the external amps as well as active Beolab speakers, so this functionality is also maintained. The same is for AUX input socket, which utilizes an original DIN7 socket for external CD Player (Beogram CD uses DIN cable). The original AM antenna socket is changed into USB port and the headphone socket in the front is also working. To use the original window for IR receiver, both the window and the IR port on arylic board was linked with… industrial fat optic fiber and works fine. 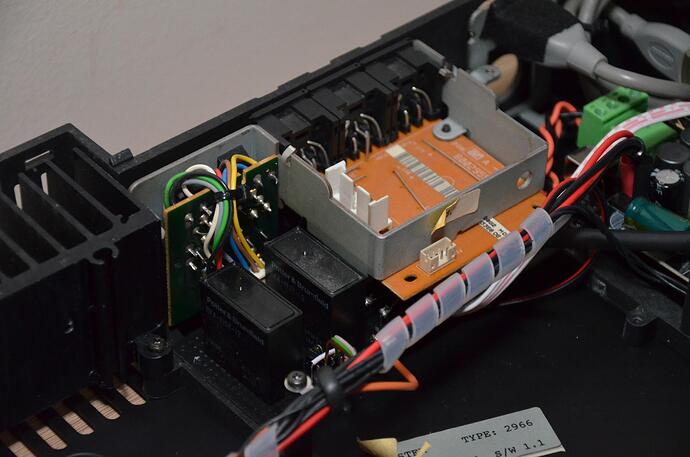 The most complicated part of the project was how to make the new glass front panel both touch sensitive and similar to the original one. I decided to use PCB capacitance sensors based TTP223 with selectable profile of operation. These ones are able to calibrate themselves and work through the glass. One disadvantage is the type of signal provided, so the latter one was “translated” using simple PNP transistor circuits and parametric resistors to generate signals understandable by arylic module. All was tested on the prototyping board before fitting into properly-looking PCB. Button markings were made using DYMO Labeller and are quite good visible via semi-translucent dark glass. The same is made for the “status bar” where the markings are lit by white LEDs. One of the touch switch is configured into toggle mode and drives the speaker relay. The rest of the glass is darkened with black plastic film and waits for some display, when it appears in the Arylic offer. 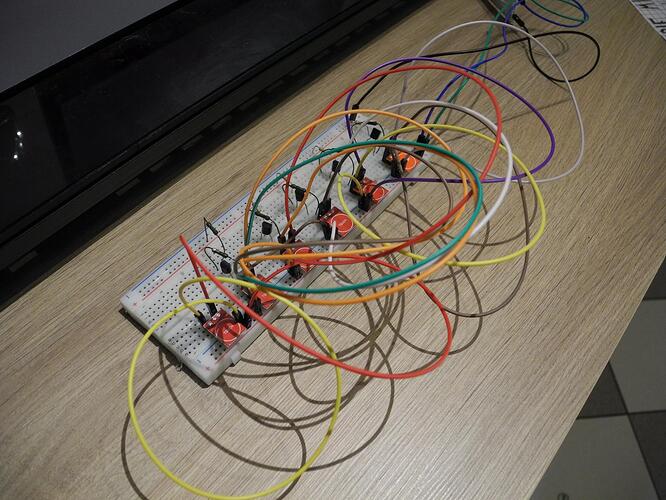 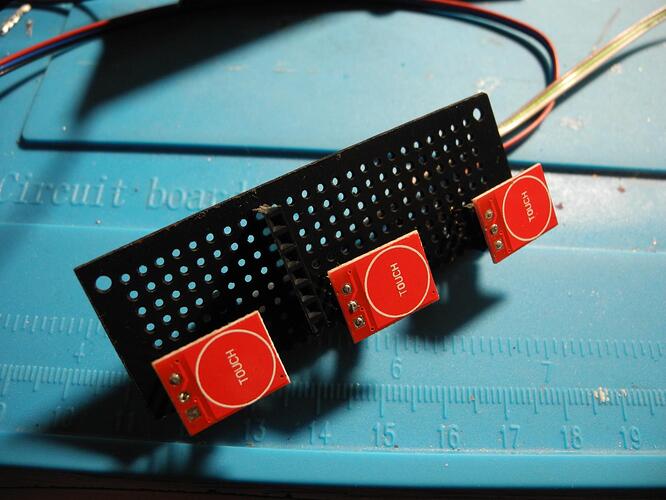 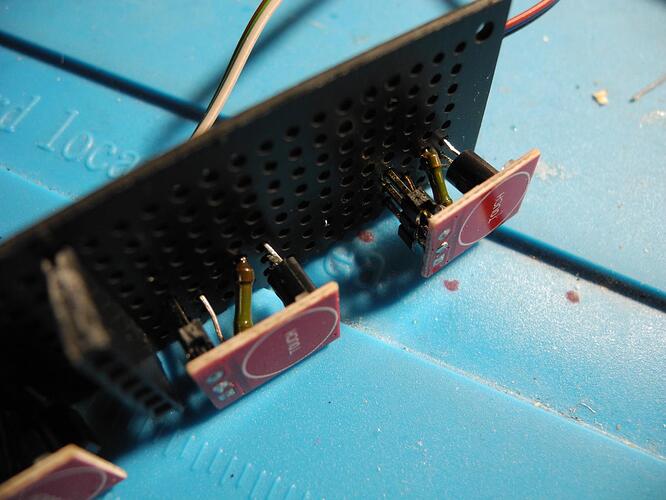 This video briefly shows how it looks like in operation: Bang & Olufsen Beomaster 3500 rebuilt into network player - YouTube

Everything works fine and with the player makes the whole set again. Thanks to the Arylic product this piece of good-looking gear was saved from the landfill and is prepared for years of further use. 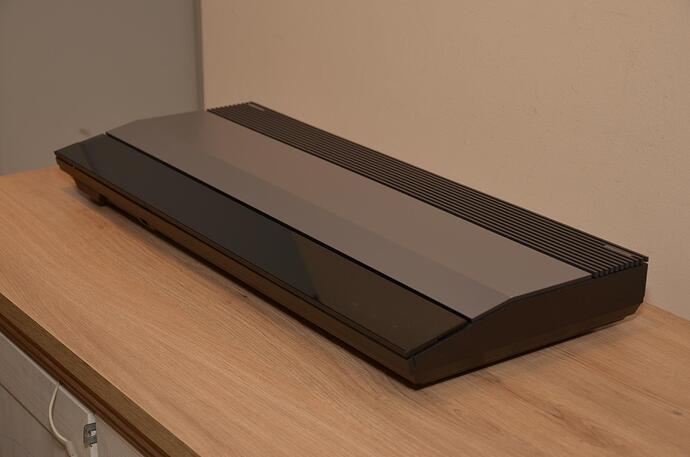 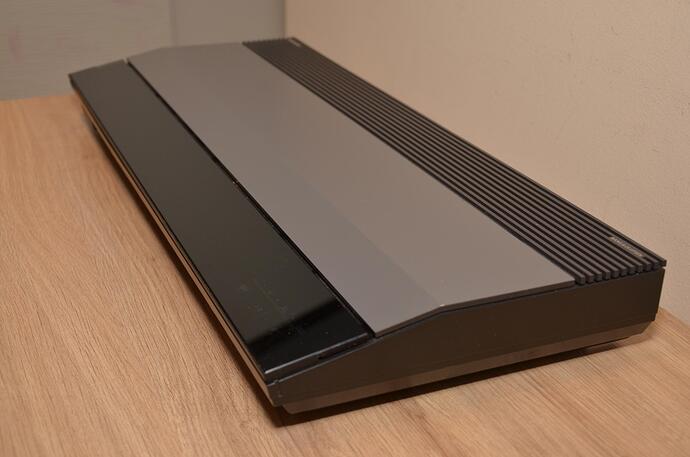 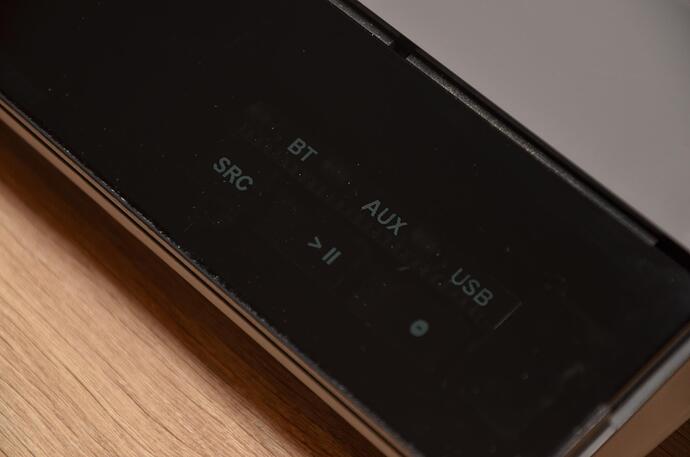 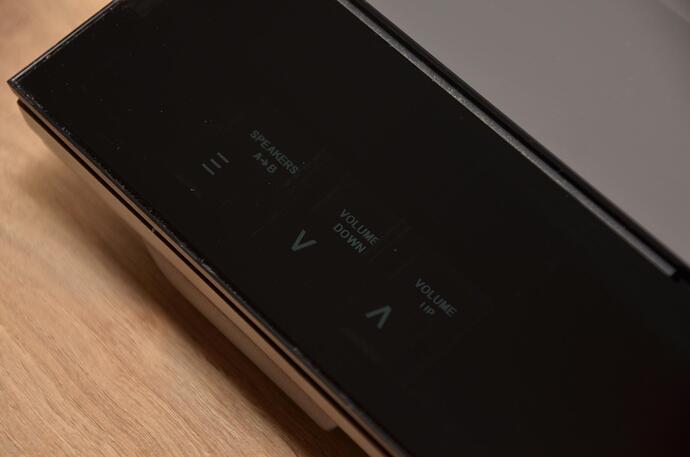 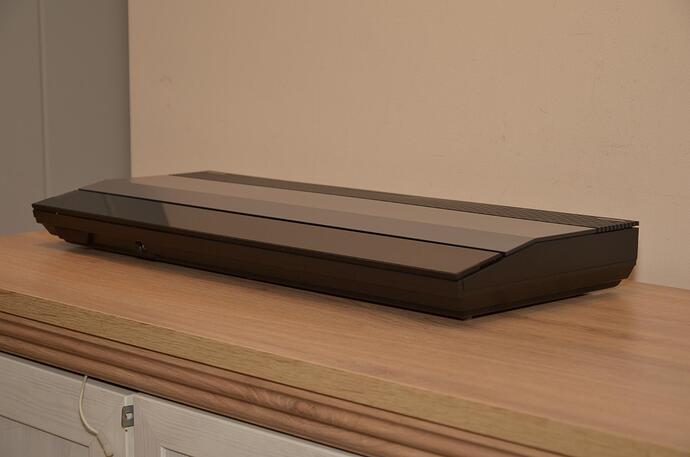 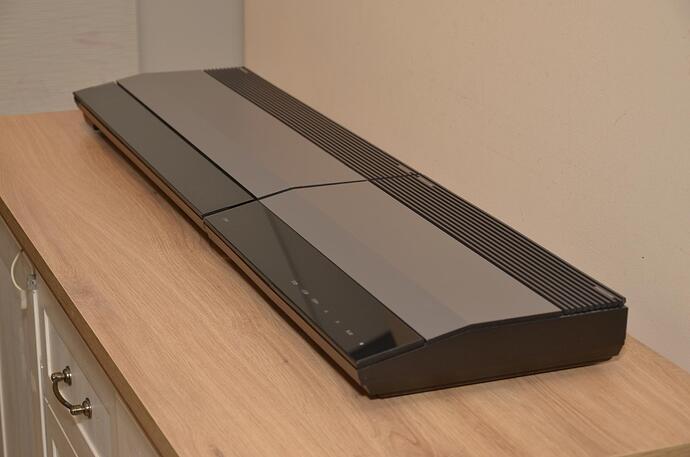 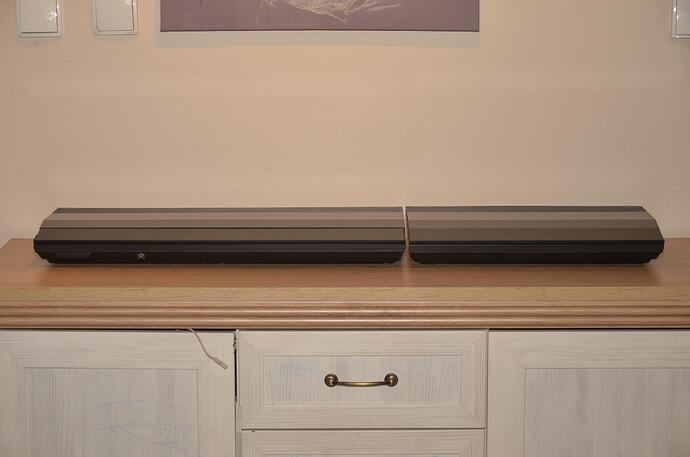 @Jareen
Congratulations, the solution is beautiful, but … what is the little white wire sticking out of the top of the closet door?

What a great perceptivity

This wire is a part of DIY child lock for closet and drawers. Sticked through the hole closes the door. The closed door also blocks drawers by aluminium slat. Very effective - withstood 3 kids so far

You really have made a fantastic “upcycle”

and you have photographed it and documented it so well.

Thanks for sharing, Kevin

Thank you for nice words. I always try to do something more than putting things together - the way that it looks like and interact with the user plays for me important note. I used to call it as functional satisfaction