First of all this is a payed post by arylic. they offered me the free software for my project if I show my work here. I need the software because I ordered the DAC output AND the SPDIF input board while not knowing that these two extension boards have to connect to the same pins. Arylic told me that indeed connecting both extension boards is possible ( via soldering) and that it has to be switched via their software. This actually is quit a bummer and should be stated in the shop. As of Juli 2022 it is unclear on the website that not both extension boards work at the same time. Without major tweaking.

But now to the project:

I am upgrading a HMK 100 stereo amplifier that was made in former east Germany. The perks of this amplifier are the very good loudness and that it works really great with the loudspeakers BR25, BR26 or HECO speakers made in the 1990s with the same parts.

The downside of the amplifier is that it doesn’t have a remote. I fixed that several years back with a chinese made analog preamplifier Bord that has 4 switchable Inputs and controls a power servo that controls the power. This Chinese board worked already on 12-18v that is available inside the amplifier. The preamplifier has a pin that gives out 5v that I use to power the up2stream.

Now to the up2stream: my goal was to get “digital” features for my old amp. And while the pure up2stream gave my some static noise in the amplifier this is completely gone with the additional DAC board.

Do for now everything is hooked up within the old amp but not completely build into its nue place. I am a little worried that the amp plus the up2stream give too much heat to the digital board that I might want to add a small ventilator in the housing. I will also add a lan input and USB input to the amplifier. 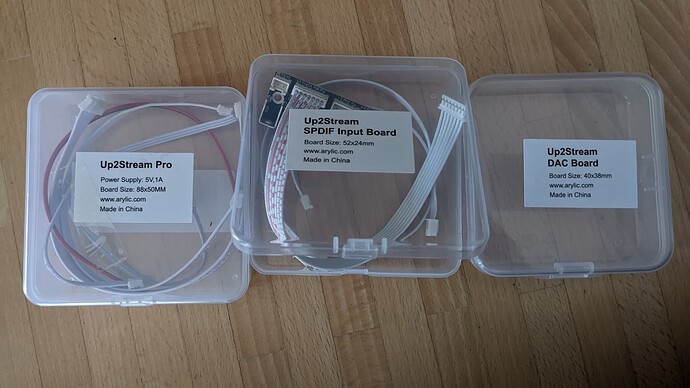 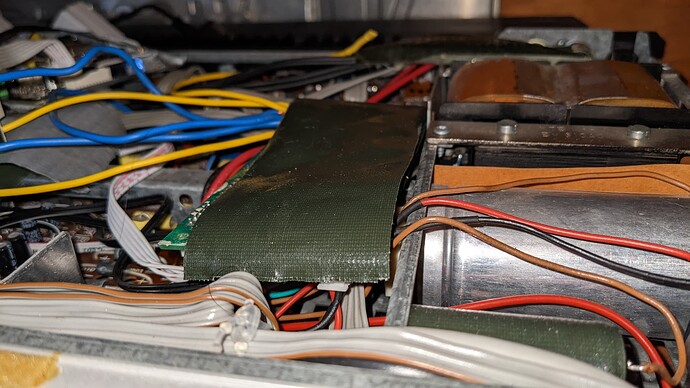 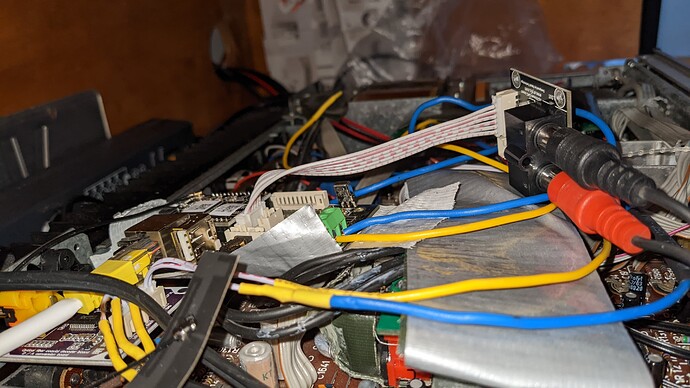 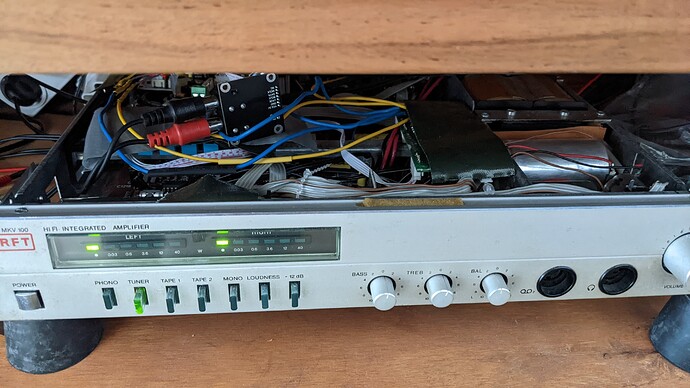 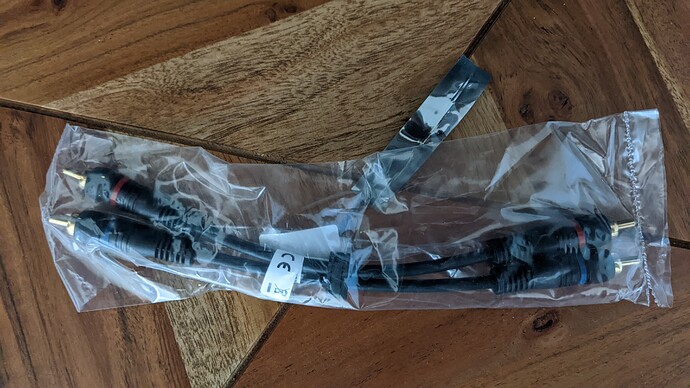 The IR sensor I will reuse and put it behind the display if the original amp. The status LEDs I don’t know yet. It seems complicated to put these somewhere else where they are visible…

A long term goal is to use the up2stream to also turn on and off the amplifier. One if my worries is that the Bluetooth antenna is too weak behind the mezall casing.