My home setup and what I think about it 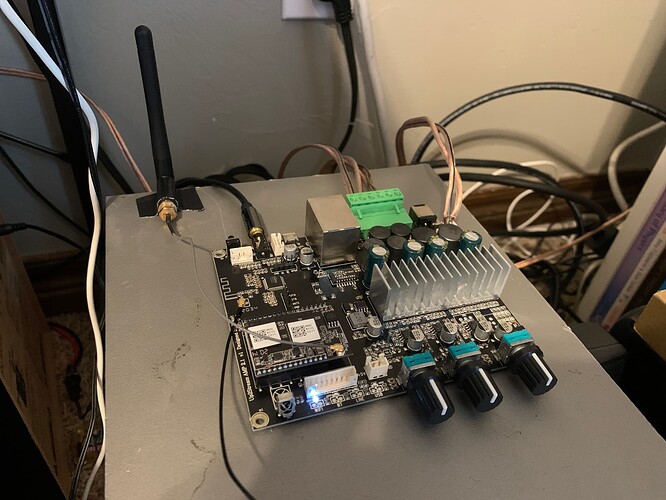 image1920×1440 215 KB
I love this setup!! My setup has 4 up2stream mini v3s and one up2stream amp 2.1 witch I didn’t expect to sound as good as it did. The base and treble and volume Knobs are very helpful and I don’t have to get on my phone every time I want to change the volume or something. I have four up2stream minis one on some speakers I have on top of the cabinet in the kitchen (there is an outlet up there lucky me) one on our sound system in the garage 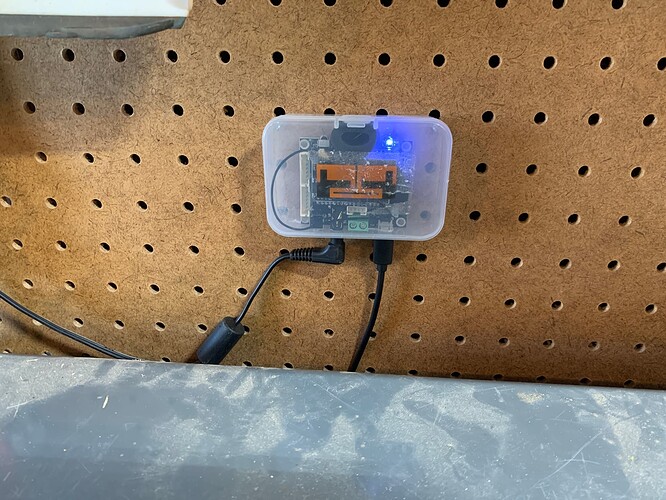 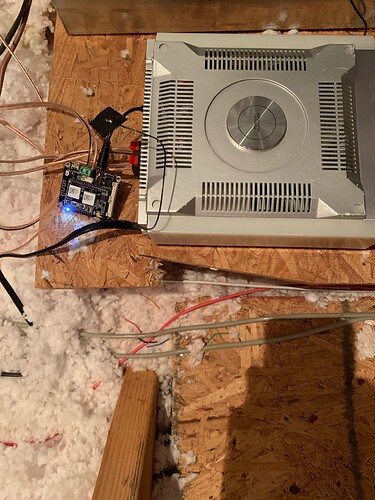 image1920×2560 406 KB
To to drive some speakers I installed outside. I also have one setup with our soundbar in the living room with an spdif in board so I have the option to broadcast the audio to the rest of the house. and I also dont have to change the input on the soundbar every time I want to listen to It.
I have not figured out the spdif in board because the optical input still dosent show up but I am working on it. I also have the up2stream amp2.1 connected to a sub and two other speakers that sound great I also have a 24v 8amp power supply powering the board. I think it might be overkill for this thing though. I love that I can just connect to it through airplay and because of that I won’t be using Bluetooth but that means our android friends can use these too just not as easy as you can if you have an apple phone. The spotify connect feature is almost the only feature I will use until I get all the songs on a usb drive into the back of the amp 2.1. I like that you can transmit the input from any of the devices to the output of te other devices wirelessly. for example, I have a raspberry pi that does a light show to music in my room and the audio out is an aux cable so I just run an aux cable to the amp from my raspberry pi ad when I want to listen to it I just set the input to line in. If I wanted to listen to the light show music throughout the house I have that option as well although there is like a two to three second delay when transmitting the aux in to other devices. This works with Bluetooth and usb as well so I am assuming it works with the optical input board when I get that figured out the airplay feature is nice for music apps that are not on the 4STREAM app because you don’t have to be near the device you just have to be connected to the same wifi. The cons of the system? Well for Spotify to do the multi room thing you have to go into the Spotify app, start your playlist, then select your device to play on, then go to the 4STREAM app and sync the rooms together so you need two apps. You could just leave the rooms synced in the app but at my house I have to change the rooms that the music is playing in almost every time I want to use the music. There is a way arround this in that you can start your playlist and then using the 4STREAM app you can set that playlist as a preset so you don’t have to open the Spotify app but im not the only one on this Spotify account so I have to check if anyone else is using it at the moment before i can use it. Also i cant select the individual songs from the 4STREAM app, I have to use the Spotify app for that. If arylic could add that Spotify feature it would be awesome but it never takes me more than like 20 seconds to turn on the whole home audio(including the time it takes to sync them together) I am truly amazed by the syncing powers of these devices they sync so flawlessly. I put three mini v3s in the same room and could not tell a difference in the audio syncing. Another nice feature is the left right stereo button (right below the settings button) you can change the output to stereo or mono ether the left or right side. The use for this is that if say you had two speakers that had an aux in and you wanted one on the left side of the room and one on the right and still wanted stero but didn’t want to run wires between them? what would you do? Well you would connect a up2 stream mini v3 or pro v3 to each one (you could also connect a mini to one and a pro to the other) and on the left one set it to L and the right set it to R and then sync them using the multi room feature and done!! Wireless stereo. This is also great if you have two 100 watt passive speakers that you want to use in stereo but arylic only offers 50 watt stereo amps but they do offer a 100 watt mono amp and you can just use two of those one Preformatted texton each speaker and do the L R thing like I explained above. I like to test every feature even if I know I am never going to use it. Anyways 15 out of 10 stars! amazing products high quality boards great customer support THANK YOU ARYLIC this i an amazing line of products!!!( I left a review on amazon to by the way)
1 Like