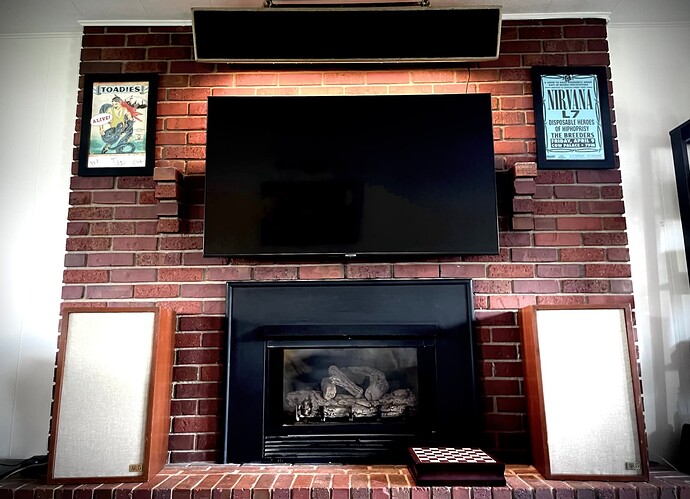 This is my contribution to the Arylic 4th anniversary contest. This post shows my projects as a whole in order to create my system. My current setup is a flown 2.1 sound bar which is the centerpiece of my system , 2 Acoustic Research AR5’s, an Acoustic Research 12’ Sub and an Energy 10" Sub. The 2.1 Stereo Center contains a 2.1 amp sending left right to passive crossovers splitting signal between 5.25 mid drivers and 3/4 vifa dome tweets. The low end is provided by two 6.5 Titan drivers in parallel sharing the 100 watt sub channel and crossed over through DSP. The enclosure is tuned to 45 hz by using 17" long 2" diameter ports. To achieve the proper length the ports pass through the midrange, tweeter enclosure and are sealed to ensure proper cabinet volume and prevent air leaks between enclosures. The box has reinforced rigging points allowing it to be focused at different pitches. Version 2 will have these points on 16 inch centers allowing for hanging from standard 16 inch center rafters and wall studs. version 2 will also relocate low end drivers to center to achieve better coupling and hopefully a 6db gain. 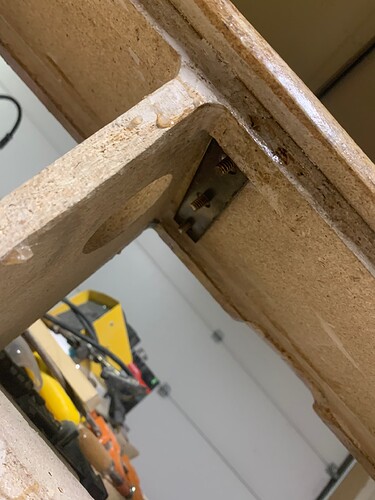 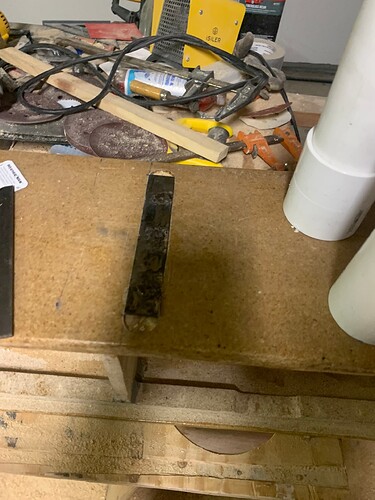 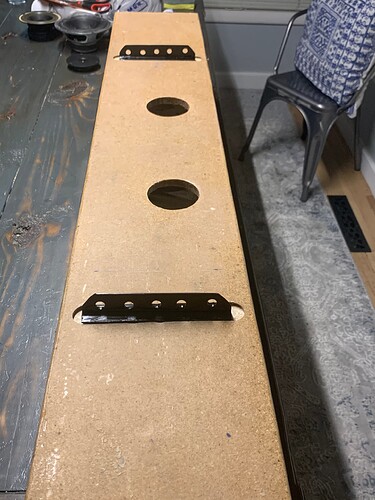 IMG_37251920×2560 348 KB
The box is wrapped in baffle cloth that I salvaged from the Grand Ole Opry in Nashville that was being replaced after the flood in 2010. Its cool being able to reuse a piece of history in a new design and reminds me of the experience I had in helping to rebuild an iconic theater. I also wanted this box to function as a light in my back room. I built a separate enclosure in the bottom of the box that houses a dimmable led strip that is controlled through a built in Lutron dimmer I can control from my phone or wall switch. 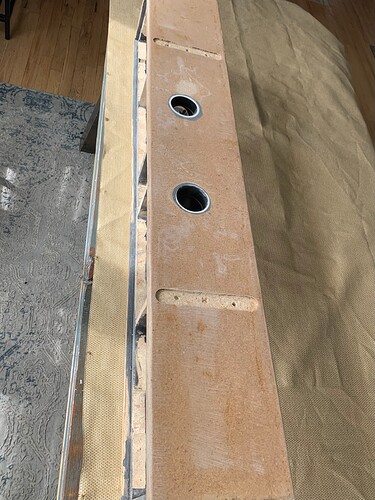 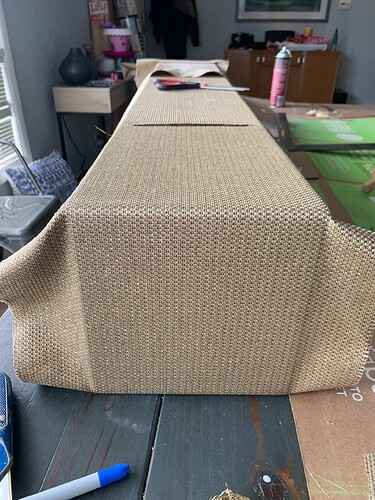 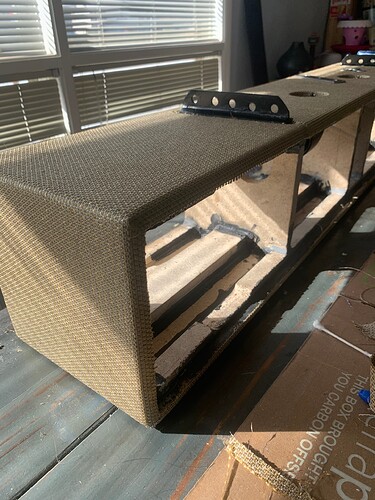 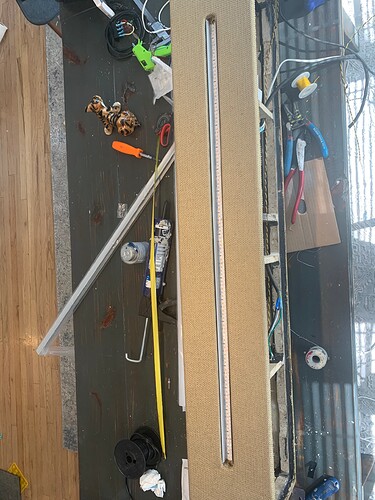 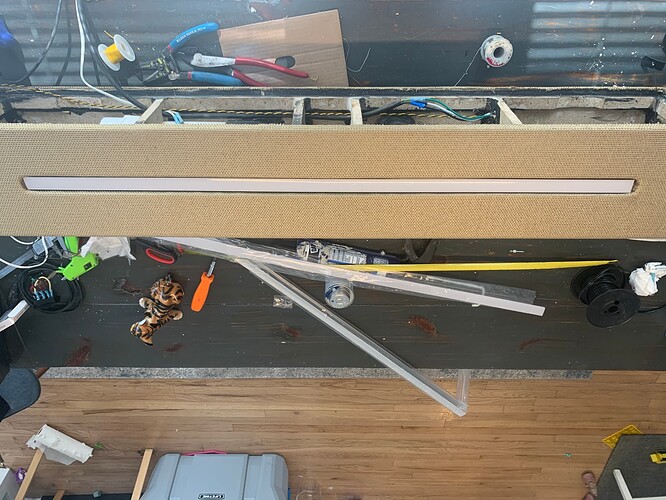 IMG_3750 (1)1920×1440 325 KB
My Front Fills are a pair of Acoustic Research AR5’s that date to April 28th 1971. I spent a bit of time refurbing these. The caps were out of spec and I had worn and torn woofer surrounds and the trim pots were not functioning correctly and crackling. The baffle cloth was worn torn and stained. I replaced the caps and restored the original trim pots. To my luck the mid range and tweet drivers were in very good shape within spec and sound fantastic. The woofers were within spec and I replaced the foam surrounds while applying a light 40 hz tone to center the voice coil while gluing. 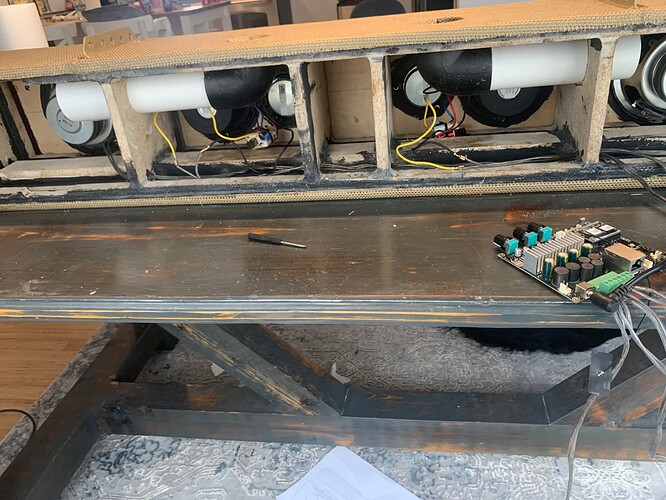 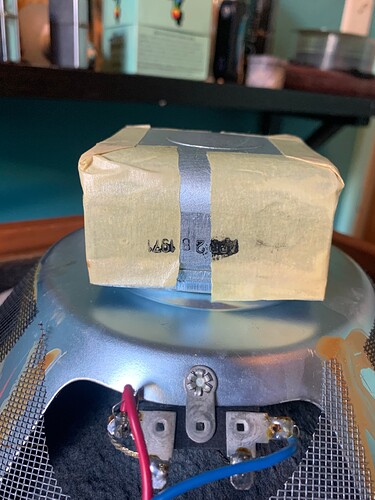 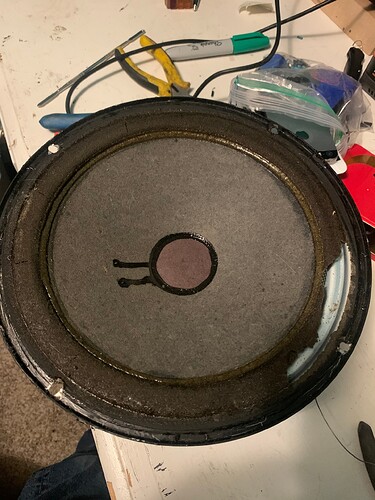 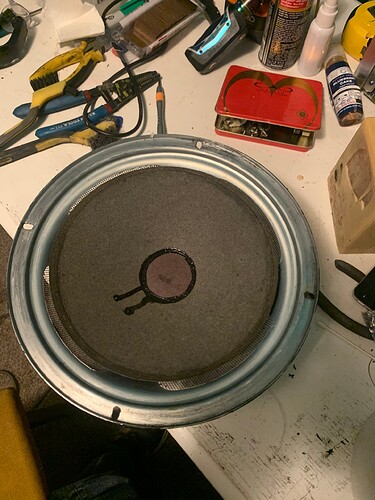 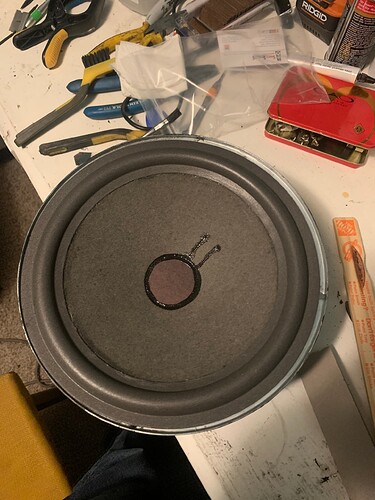 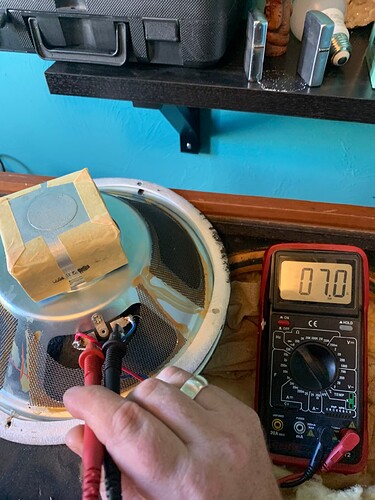 I wanted to keep these oldies but goodies as original as possible. I spent a stupid amount of time drilling out the original cap and wax block so i could reuse the original wax and place the new cap within the original Industrial Condenser Corp packaging. I built a box to the same specs as the old wax block and was able to use the original bracket to secure the new capacitors rather than gluing or zip tying to the crossover board. Silly probably since no one will see it but whatever. 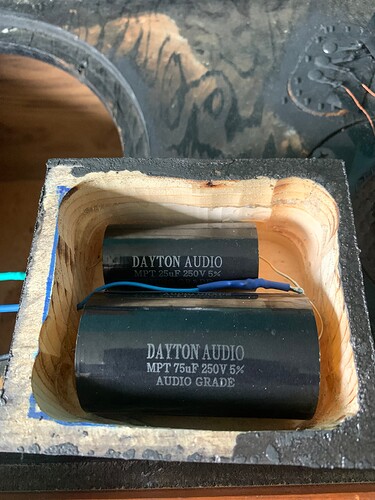 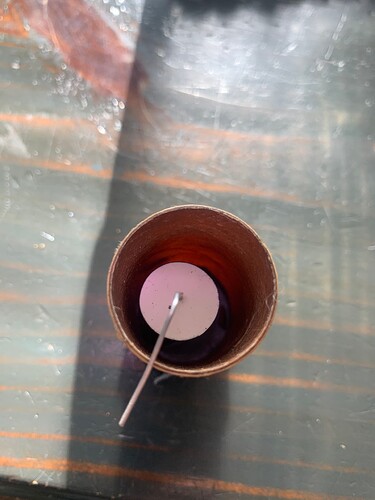 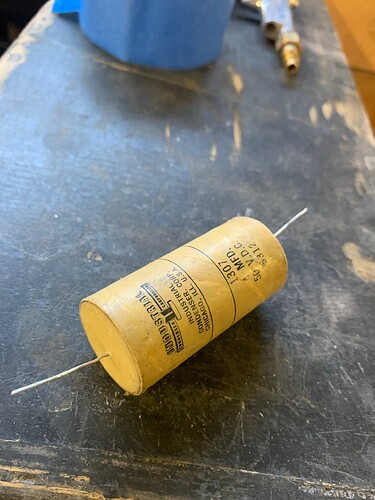 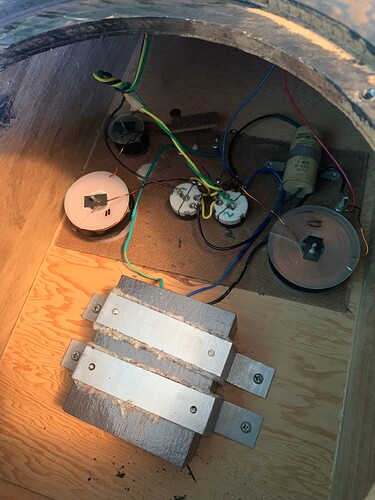 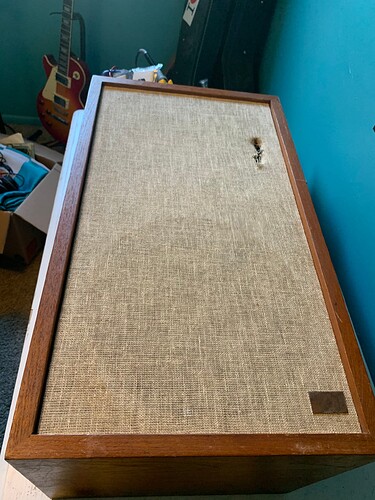 IMG_32601920×2560 679 KB
My Ar5’s are powered by the Up2Stream Stereo Amplifier and I voiced them to blend with my 2.1 soundbar utilizing ACP Workbench which is a pretty fantastic tool for a device in this price range. I have been wanting to incorporate my turntable into this system and I was also unhappy with the fact that my subs would occasionally drop out. I originally brought my Subs into the 4Stream platform using a split rca from an up2stream mini. I was unhappy with this because I wanted to keep the entire system ethernet based. To change this I recently purchased an S10 Streamer which solved all my issues with one device. I now use this as the master for the entire system. It serves many duties and so far is performing well with everything I’ve asked it to do. I connect my turntable to a Fluance Preamp and then output that preamp to the input of my Arylic S10 Streamer. I use the out of the S10 Streamer to split signal between my two subwoofers. Now everything is ethernet based and I no longer have any dropout issues. I absolutely love the fact that I can either stream or play my records through a single device. I currently am in the process of building two 3-way side fill boxes using two 2.1 plate amps and am in the process of designing v2 of my stereo center box. 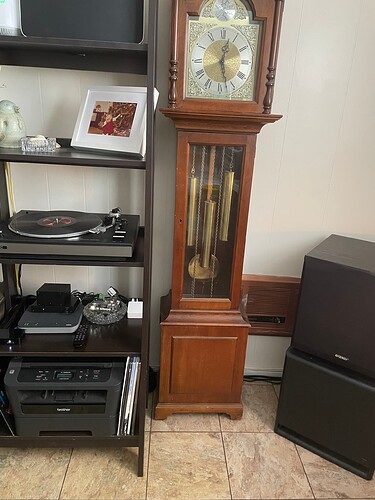 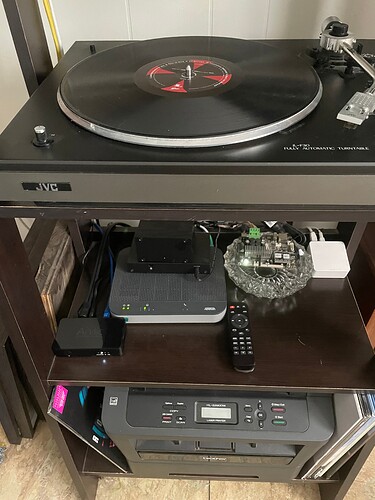 Hahahahahahaha. Just noticed the contest ended yesterday. Haahahahahaha. Oh well. Been meaning to post updates anyway. I think we need a quick sticky somewhere to just post photos of our completed systems. I’d like to see what everyone is doing with there Arylic Gear.

Sure that’s a great idea

I already add Show tags , and welcome everyone to share your projects and system with show tags!