I’ll try to describe my experiences with my first Arylic product.

After the failure of the old Panasonic CT RX800 all that’s left of my audio was 2 speakers. I didn’t want to throw them away so i started looking how use them as an element for a DYI radio with alarm clock. When I discovered the concept of multiroom I wanted something that would allow me to play music from anywhere in the apartment. This is how I found Arylic products.

For my needs, I chose Up2stream Amp V4 together with an IR remote. There was also a simple paper instruction in the plastic box.

Connecting the 15W 2.7Ω speakers was trouble-free. I bought a 12V 8A power supply - just in case if I would use larger columns in the future. It’s nice that the set included a suitable screwdriver, which was useful for the terminals in the phoenix connector. A quick test of the application, channel switching and it turned out that I didn’t change the jumpers on the board - from mono to stereo

I corrected my error and was finally able to control the device using the IR remote and the application.

I connected a HDD in USB casing filled with my music collection to my Fritz router. The router detected it right away and made it available in its MediaServer. I indexed the files there and checked it on the phone - it is visible. Then I set the application interface to my native language. 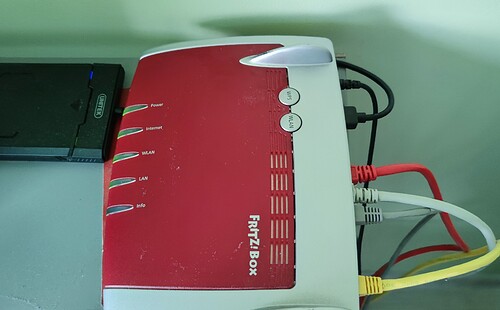 Now some issues: 4 times in about 40 days I had to restart the device by unplugging it from the power supply, because the 4Stream application lost / could not detect the connection with the board that had been playing for several hours. Oddly enough, the board responded to all IR remote commands, changed radio stations, etc., the application on the phone had a problem with detection.

Overall, I am satisfied, the expansion with new devices should be simple and the system will be many times cheaper than other solutions. If you plan to place the plate in a visible place (so that the IR LED is visible), I recommend buying a remote control as an additional accessory.

What’s left? I want to make a wooden case for the Arylic board, change the speaker wires.

Keep in mind that I still have a lot of work to do. I have audio for one of the three rooms. I’m a complete newbie in the subject of audio, so before that I’m gonna read about DIY projects that I hope to recreate at home. I will try to find the optimal connection of the loudspeakers with the TV and another Arylic board (maybe with optical input), so that I can watch movies with better audio or enjoy music in a multiroom system.

@Zalin looks like you are enjoying yourself and have good ideas for the future. I have wanted a good Multiroom solution (with my preferred speakers, amplifiers etc.) for many years. The Acrylic approach is totally heading in a direction that I like. And very cost effective

A good way to bring old speakers back to life. Hope to see your next steps, but don’t hurry, just enjoy the progress.

Nice project.
I am also trying to revive an old unit, mine has one speaker inside with buttons on the front side.
What board is recommended, if you need an amplifier? Does it only work with the designated app? can you connect Bluetooth and play music from whatever app on the phone? like Spotify for instance?