We have a Holiday Rental Villa in Andalusia, Spain Villa Eterna.

We have had various forms of multiroom audio in the past, (e.g. Apple Airport Express, Wireless JBL Speakers etc.) . The Arylic products are really a game changer in this application. The Villa is equipped with a Synology NAS Server with an extensive Audio Library including some 24bit 96kHz recordings. The NAS is set up as a DLNA Music Share/Server.

The plan is as follows:- 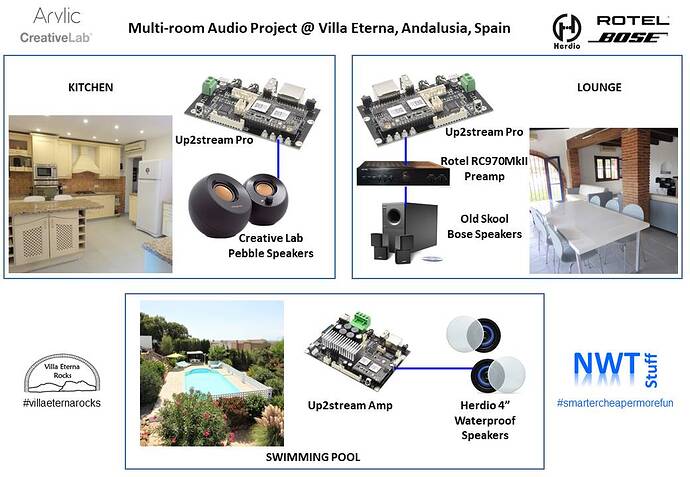 I expected to implement this later in the Year but a hardware failure has led me to pull forward the installation of the Lounge System. 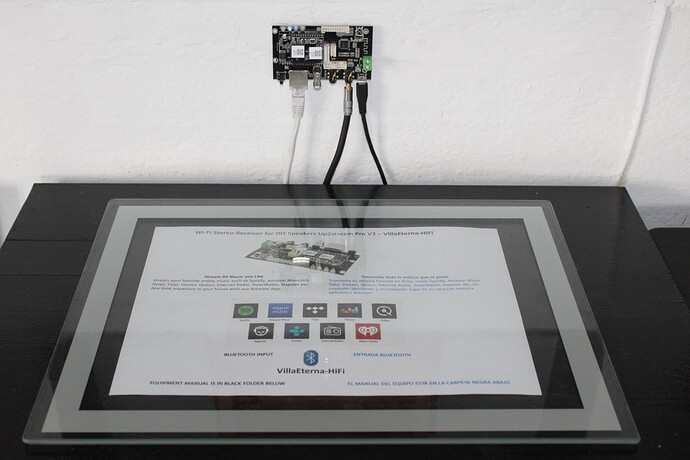 I only had time for limited testing before the next group of guests arrived but the PRO unit was simple to set up, reliable (always prefer an Ethernet Cable) and sounded very very good. It coped well Internet Radio, Amazon Music and it was possible to “pull” music from the DLNA Server. It coped perfectly well with the 24bit 96kHz media and was glitch less (which is not always the case with some of the other stuff we have tried.

We already have the facility for guest to turn up with their personal music collection on a USB Drive and play using apps. The Arylic approach has significantly simplified this arrangement (everything from 1 app)

There is a Raspberry Pi unit with Plex Media Server installed which will pick up the USB drive and serve up the media to the Arylic app. Simples

I will add to the post later in the year when the other equipment is installed.