I’m building a multiroom unit, which I expect to contain three Upstream V4’s. I’m re-purposing a 1999 DVD player as the case and currently trying to decide how leverage the buttons on the front (play, pause etc). The idea is that I would be able to select the amp with one button (eject), then use play/pause/skip/source etc with the others, meaning I would only expect to control one amp at a time.
While I do have a Pi Zero I could use to receive the button presses then send an API call to each amp for control, I’m trying to use something that doesn’t require a working network, something that won’t need security patches, something that doesn’t depend on SD card corruption, doesn’t mind being turned off abruptly etc…
So was hoping to leverage a Raspberry Pico, which would be my first Pico project, done plenty of Arduino ones already.
I was hoping to leverage the ADC Key, on the three Amps, but the Pico doesn’t have an ADC output only input. I’m thinking that I could try and find/make a simple DAC that creates the appropriate output voltage, which I send to the correct amp which would need a selector or multiple DACs.

I’m pretty certain PWM wouldn’t work as it doesn’t change the voltage just the time between cycles. I have looked at the LAN8720 breakout board as an option, but not sure how reliable it would be for the above reasons.

Anyone got recommendations for a DAC (purchase or make), or a different approach?

…update. may have found an answer 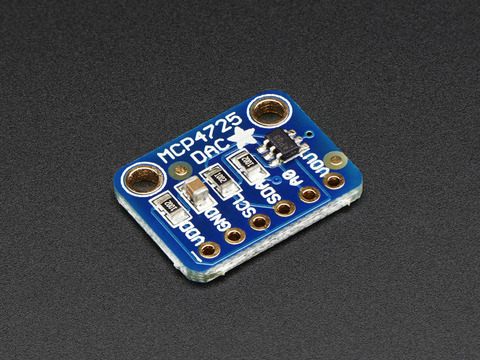 Your microcontroller probably has an ADC (analog -> digital converter) but does it have a DAC (digital -> analog converter)??? Now it can! This breakout board features the easy-to-use ... 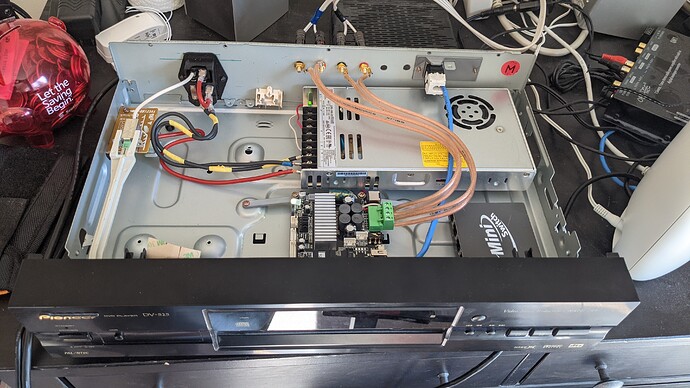 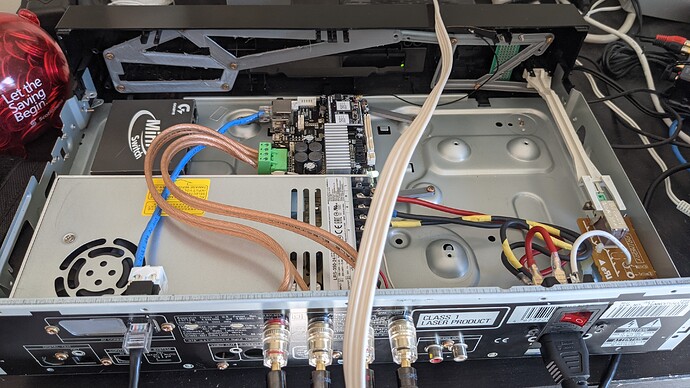 I overlooked the UART pins, so going to investigate this as an option, as I’m assuming the same API commands can be sent via UART.
Given the Pico only has two UART ports, I’ve ordered a multiplexer, to allow me to cycle through the planned 3 amps.