Here is another Ammo Box but with up2stream amp 2.1

I wanna to share my last project.
First i apologize for my english, i do what i can with some google translate helps.

I discovered this design a few years ago and I immediately liked it because of the robotic face side and the endless possibilities of decorations. I went to the army surplus to look for my box and I was very happy to find one in very good condition and which came from my country. 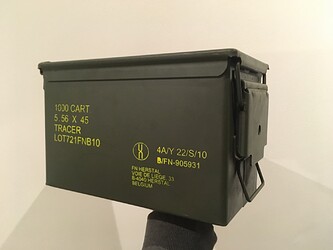 You can well imagine that it was necessary to make holes in it. A drill, a jigsaw with a blade designed to cut metal and tape to avoid chips in the paint and a little sanding. 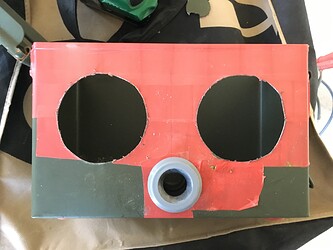 Metal was not the best material for a sound box, I added wooden planks from wine boxes and hessian to insulate the box as well as possible. 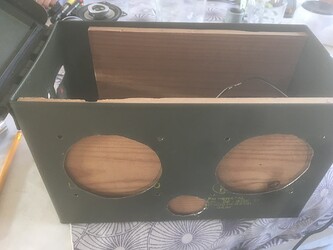 According to some posts seen on the forum, it is not easy to unsolder the volume potentiometers. It is therefore with a little apprehension that I started this task. With a lot of tin on the solders, I was able to remove them without any problem having taken care to cut the two fasteners of the pcb. As a result, the original potentiometers became unusable or at least disassembled into several parts, I did not try to reassemble them. I also moved the infrared receiver as well as the on/off and source change button. 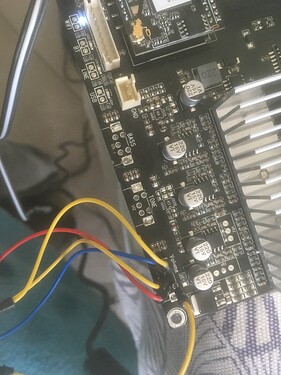 I installed them on a small pcb in order to easily place them at once and secure the welds. 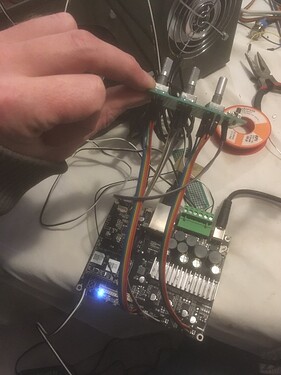 I was able to keep all the functionality of each Volume Trebble and Bass buttons as well as their “click”.

For the moment I have not added an antenna for bluetooth and I have kept the original wifi antenna. I imagine that the metal box increases the range of the signals a little.

I ‘hid’ the infrared receiver in the acanop, so it works when facing the box but remains invisible. I would also like to move the status leds to a single RGB led and place it in the canop, so that the “mouth” lights up with the color of the source. So far my tests have not been successful but I have not given up on the idea.

For the speakers, I took car speakers.
But what is 2.1 for in your project? I see you coming! Indeed at this stage there is only the stereo… except that… I added a SUB output, I found that the box was too small to add a sub inside but I have the idea of ​​completing this box with a second one which will only be the sub. Connected by a mini-jack cable I can place it wherever I want. But that will be for later. Thanks to the many possibilities of the up2stream amp 2.1 I have a boombox with a multitude of possible connections with a very good sound. 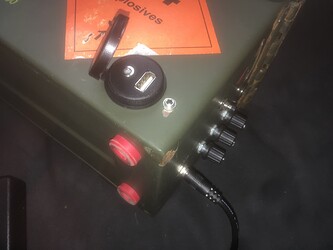 I integrated a battery with six 18650 of 2000mah to recover in old pc batteries, which gives me an autonomy of more than twelve hours. The battery level is visible at the press of a button. 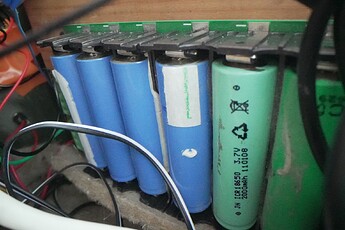 Both outside and inside, the sound is really nice. At too high a volume, you can hear the handle moving, but I don’t need to have the volume that high.

I regret that we cannot memorize several wifi networks, this would avoid having to do a factory reset each time I want to connect to a different wifi. I hope it will upgraded on a next firmware. 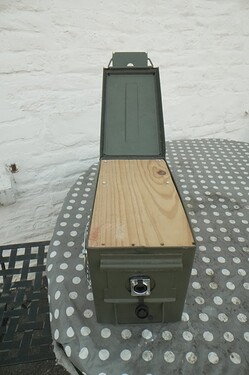 Hope this inspires you in your projects! 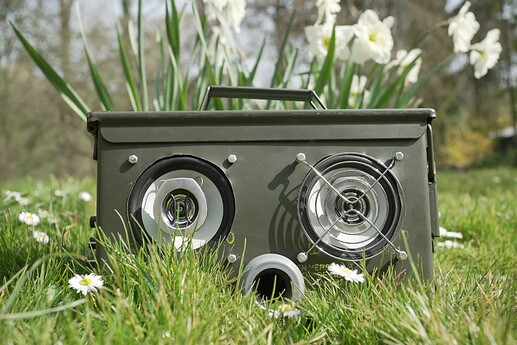